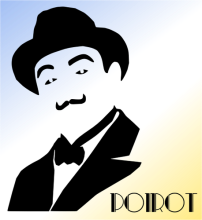 Film Review: “Cards on the Table,” based on the Agatha Christie novel

This review will cover the feature-length film that tells the story of Christie’s “Cards on the Table,” a Poirot novel published in 1936 during the Golden Age of detective fiction. The film, directed by Sarah Harding with screenplay by Nick Dear, was first aired in 2006. Hercule Poirot, played by English actor David Suchet, stars […]
Read More »